Chain Reaction AZ is a private, newly formed Arizona nonprofit corporation whose mission is to provide refurbished bicycles, helmets, locks and safety information to select veterans, homeless and/or low-income residents of the Verde Valley who are in need of transportation and cannot afford a bicycle.

We work with community groups, businesses and individuals to make it all happen. If you want to Get Involved or know of a group in the community that might need our help please contact us. 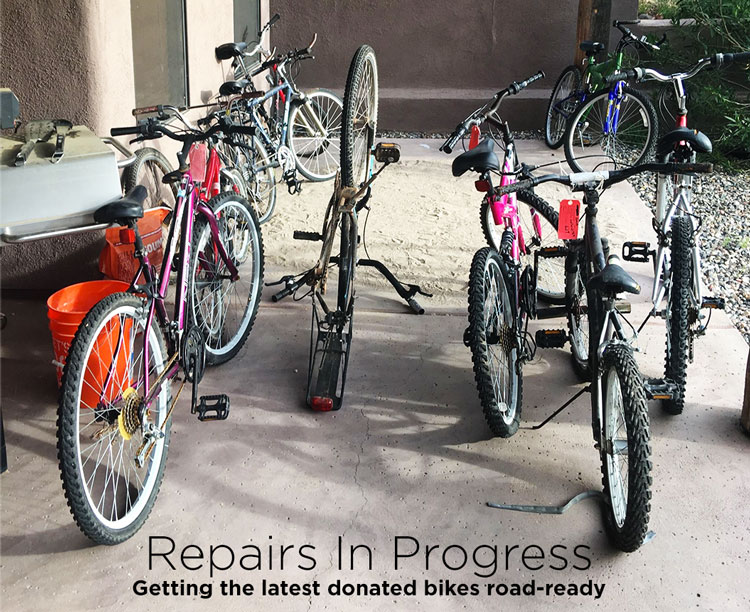 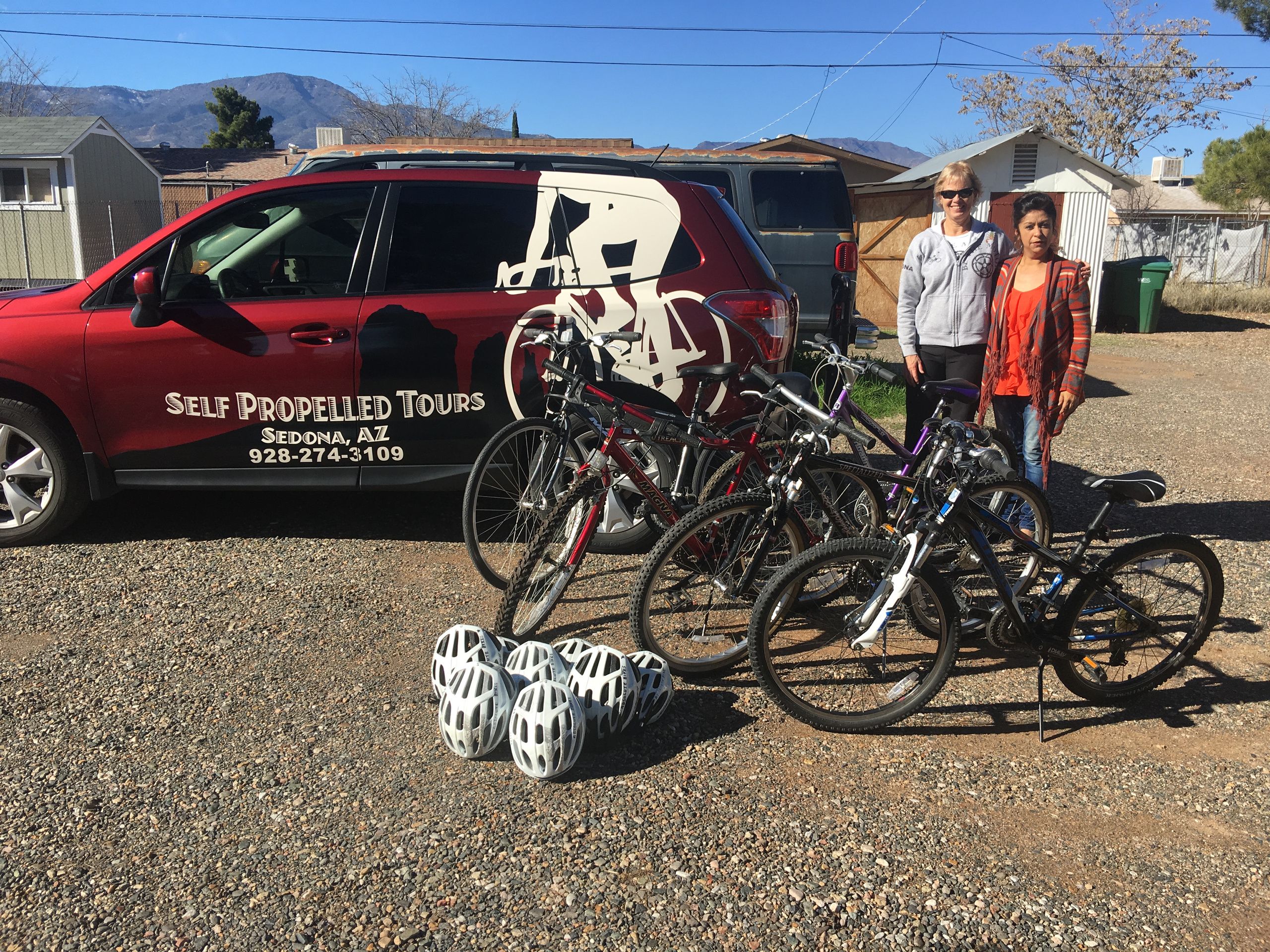 Chain Reaction AZ began during the Christmas holidays of 2016. I was depressed and knew that I needed to get out of my own head and do something for someone else. I asked my friend Angie of Angie’s House, a local homeless shelter, if her residents could use bikes. Her answer was a resounding YES!  I posted a message on Facebook asking for unwanted, fixable bikes and received an overwhelming response! I started picking up bicycles and asked my cycling buddies to help me fix them up.

My first donation of 4 bikes to Angie’s House happened a few weeks later. Then the Cottonwood Police Dept. saw an article in the paper about what I did and they donated several bikes from their impound yard. The ball started rolling and as my husband said, “it was a chain reaction”!

We’re partnering with local businesses and organizations to continue to grow this idea with humble beginnings into a sustainable community organization. The benefits are multifold; connecting resources to local residents in need of transportation, providing reliable low-cost mobility to get to work, independence to engage with the community, all in a way that’s good for the environment.

With help from a mentor and the Verde Valley Cyclists Coalition, we’ve gone on to obtain a 501c3 (tax exempt status) as well as designation as an AZ Qualifying Charitable Organization which means you can donate up to $400 per year if you file your taxes singly or up to $800 if you file jointly and you will receive a tax credit in that amount. 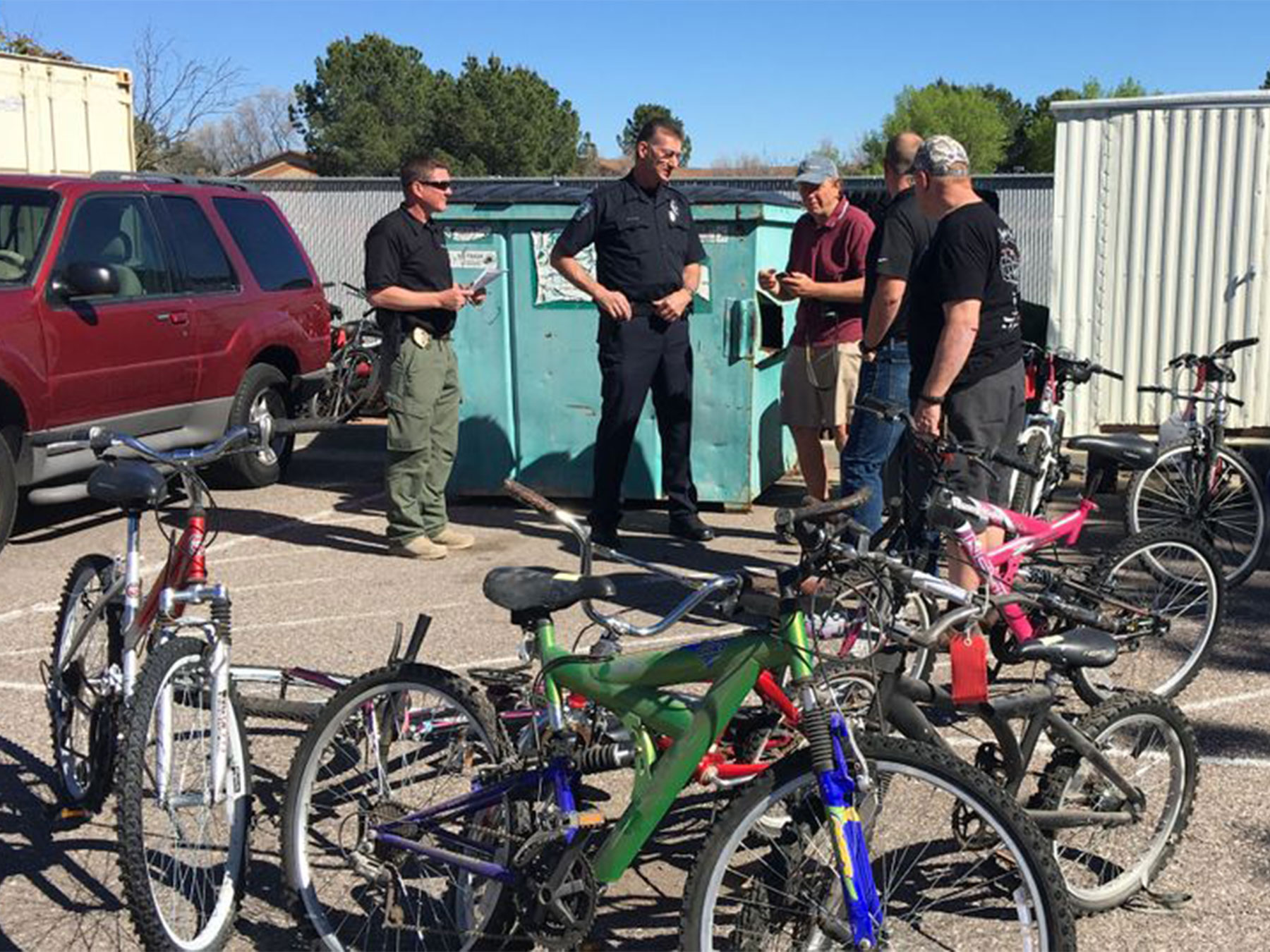 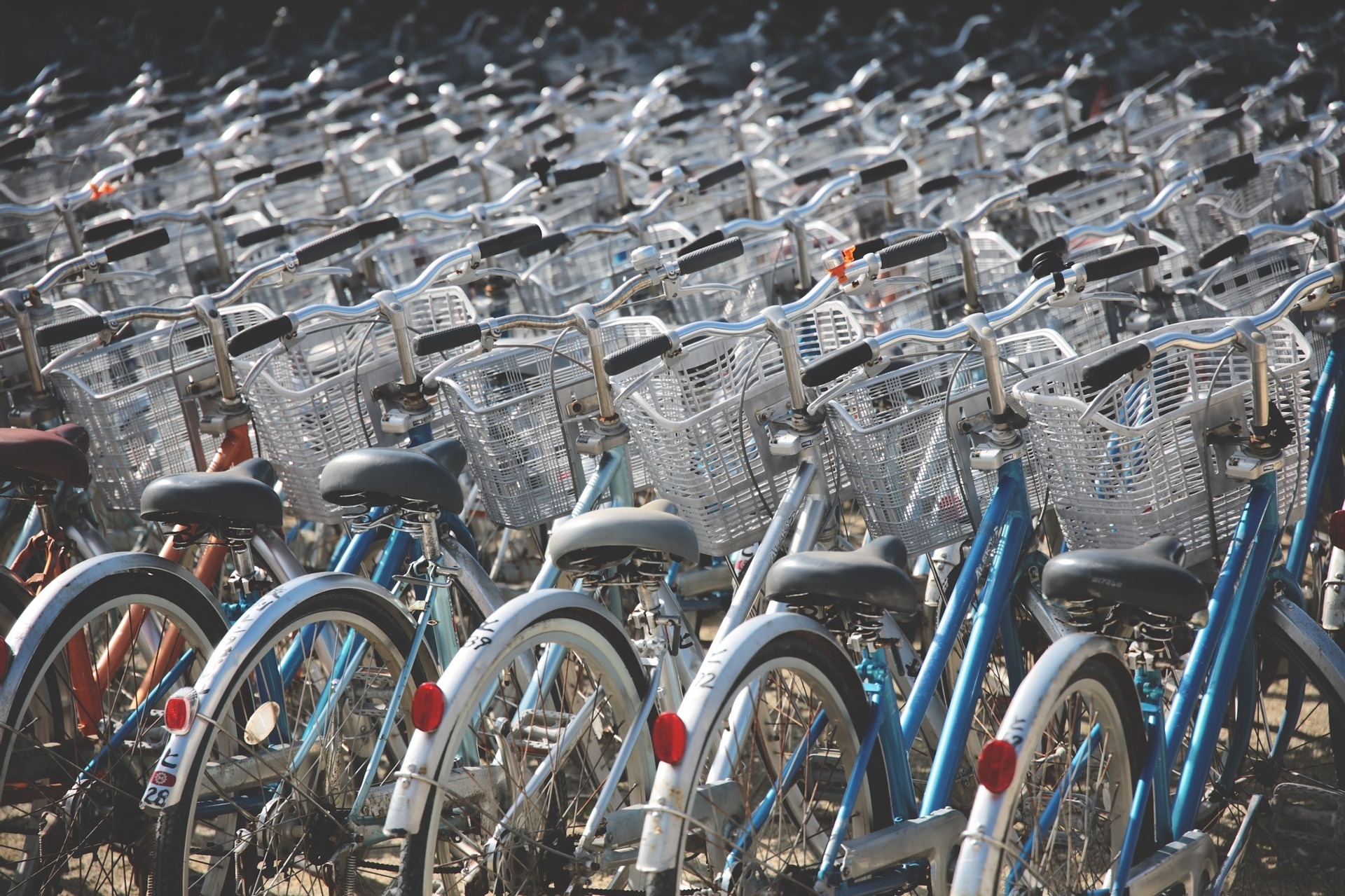 A lot has happened since those early days, but there is still a lot to be done. Chain Reaction recently had the privilege of donating several bikes to the Cottonwood Youth Center. I am hoping to be able to donate youth bikes to the Yavapai Big Brothers and Big Sisters program soon.

I have a goal for a large fundraiser next year! I have partnered with a couple of experienced friends who are helping me organize a 2-day music festival. We are planning to bring an eclectic mix of music genres together in one place along with lots of great food and fun vendors. The festival will culminate with our headliner, a world-reknown rapper from the east coast who will bring down the house! Stay tuned for more info as our plans take shape.